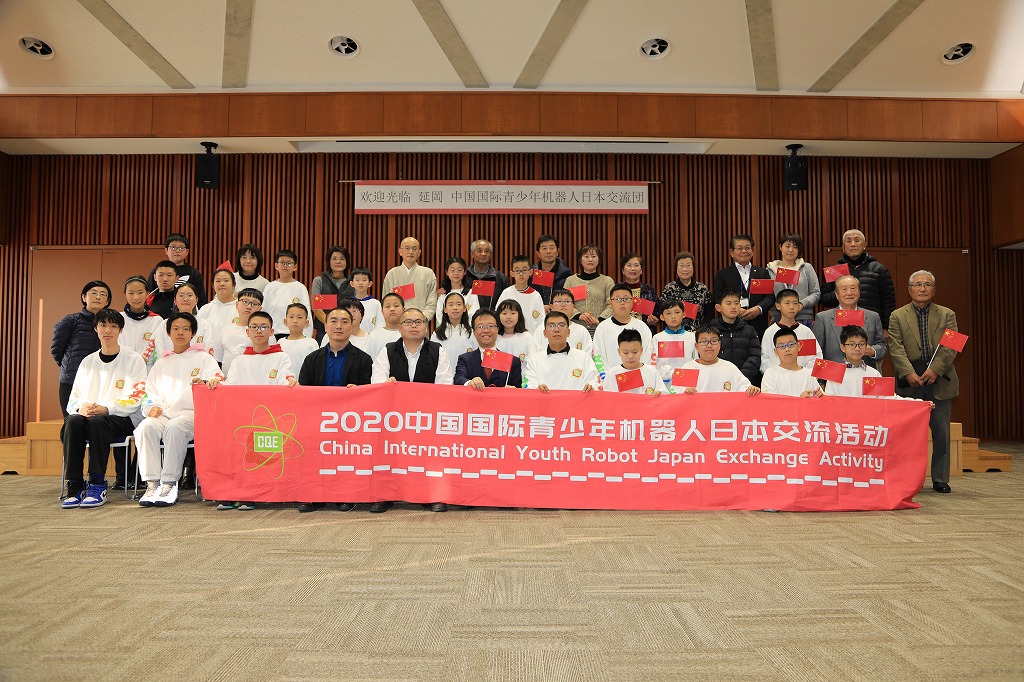 A group of China International Youth Desk Operators Exchange Group, who came to Japan to learn about Japan’s high-tech industry through a dispatch project of an educational institution in China, arrived in Nobeoka on January 20 and held a private lodging experience and exchanges with Midorigaoka Elementary School students on a two-day, one-night basis until the 21st.

A total of 32 students, 29 from 9 to 16 years old, and three of them were selected from all over China. We arrived at Fukuoka Airport on the 18th and arrived at Nobeoka in the morning of the 20th after visiting Dazaifu Tenmangu Shrine, Aso Volcano Museum, Shirakawa Water Source, and Takachiho Kyokyo.

After lunch, we visited the Asahi Kasei Exhibition Center and Nobeoka Castle, and from 3:30 p.m., we attended the welcome ceremony held at the auditorium on the 2nd floor of the city hall, where we met with 10 farmers in the city.

The next day, we interacted with 45 fourth graders at Midorigaoka Elementary School. In recreation, we experienced nawatobi, port ball, origami making, etc., and we divided it into six classrooms and ate school lunch.

After that, they stayed in Kitakyushu, Fukuoka, etc. and returned to Japan on the 23rd.