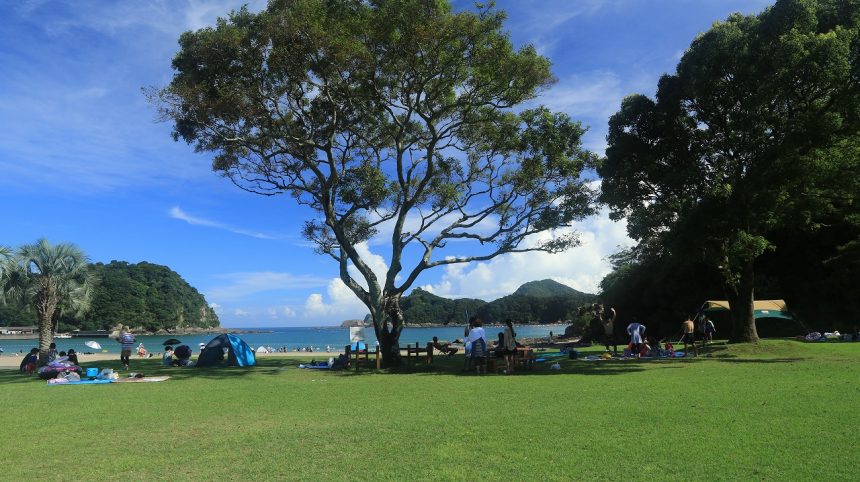 Sumie Beach (nicknamed Sumie) is a sandy bay in a corner of the Gulf of eboshi, surrounded by the peninsula and the northern Sumie nose. It is known as the calm beach of the wave, and it is chosen for 100 free bathing Baths of the Ministry of the Environment.

The area is maintained as a Sumie family travel village. The Sumie family Aquarium includes sports facilities such as “beach Forest sumie”, kevin, Auto Campground accommodation, Tennis courts, Putter golf, and a variety of leisure facilities, including large slides, gogo cars and Grass Sledding. “sumie Beach forest” is free to play. The Sumie family Aquarium exhibits 150 types of freshwater fish in the five-river basin, as well as some 800 rare fish from the Hyuga nada. You can see the fish and snook of the Phantom which are only in a few places in the Japan up Close.